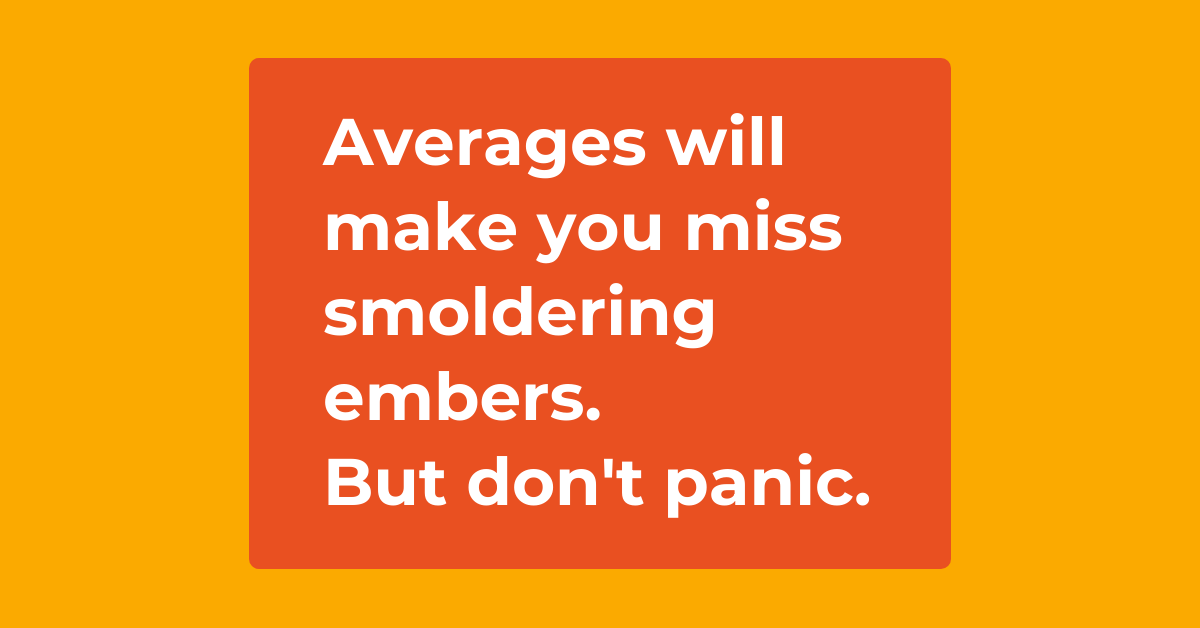 Does your team use averages for your critical metrics? Have you found yourself frustrated by their inability to convey actionable insight or guide important decisions? If so — and I think almost every team has at least one average in their KPI list — this problem may be because your averages are hiding critical undercurrents in your data.

In my previous post, I discussed the importance of building rich, actionable dimensions to help focus organizations’ attention on the most important movement within their metrics. In this article, I’ll address a related challenge around extracting meaningful insight using metrics defined from distributional data.

What is distributional data?

As a simple example, I could define a distribution as: Time to first transaction (action) for new customers (entity) each week (time frame). For a given week, I would now expect to have a list of customer IDs and individual transaction times for those completed in the prior week. This would effectively be a giant table like below, which are commonly summarized into one of my favorite visualizations: the histogram.

As a quick refresher, histograms show the count of members in the distribution whose values fall into the respective ranges, or “bins.” So in the above image, out of the 100 customers in our example distribution, thirty took 8 to 10 days for their first transaction, nine took 14 to 16 days, and so on.

What is a distribution metric?

Now, distributions can get complex rather quickly, and don’t lend themselves to quick and easy communication across teams. Thus, we need an approach for succinctly describing a distribution, which is where distribution metrics come in. The most common of these is the average, followed closely by the median, and occasionally an outlier tracker such as a p95 or p99. With a distribution metric, we can compress all the information contained within the distribution, which could number in the hundreds, thousands, or even millions of individual actions we are measuring, into a small handful of numbers that can be easily graphed or tracked in a spreadsheet. 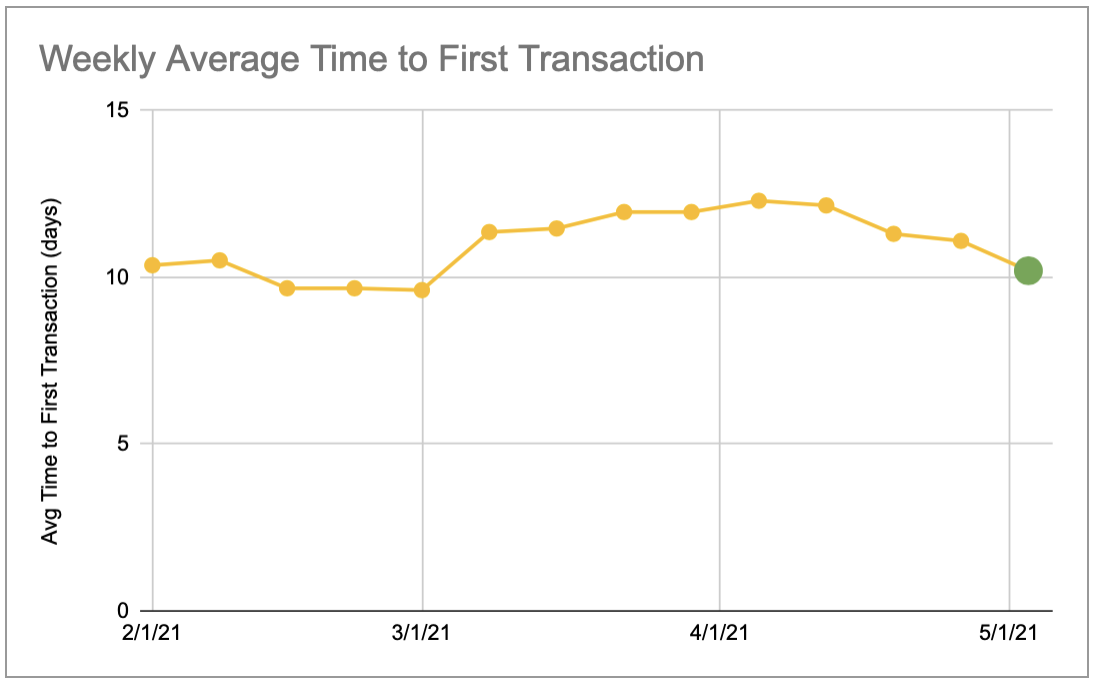 While the simplicity of representation is great, in practice, for nearly all metrics that matter, we have cast off far too much information in our pursuit of simplicity. Just looking at these summary measures can prevent us from missing the smoldering embers in small sections of our distribution until they have grown into organization-wide infernos.

Potential pitfalls of the average

The reason for this is pretty straightforward — an average of a distribution is calculated by dividing the sum total of the measure of interest by the count of entities in the distribution. Thus there are theoretically infinite combinations of values that can lead to the same average, with widely varying insights or conclusions that one might draw based on the underlying distribution.

Going back to our previous example, let’s say that we’ve chosen to track average time to first transaction for new customers each week. Now during our weekly review, we observe that this metric has increased two percent from last week. This is roughly within bounds of our weekly fluctuations, so we pay no attention to it and carry on with the review.

However, let’s consider some of the different scenarios that may have led to this:

As you can see in the respective histograms below, despite the average being the same for each of these scenarios, the overall shape of the distribution is dramatically different. 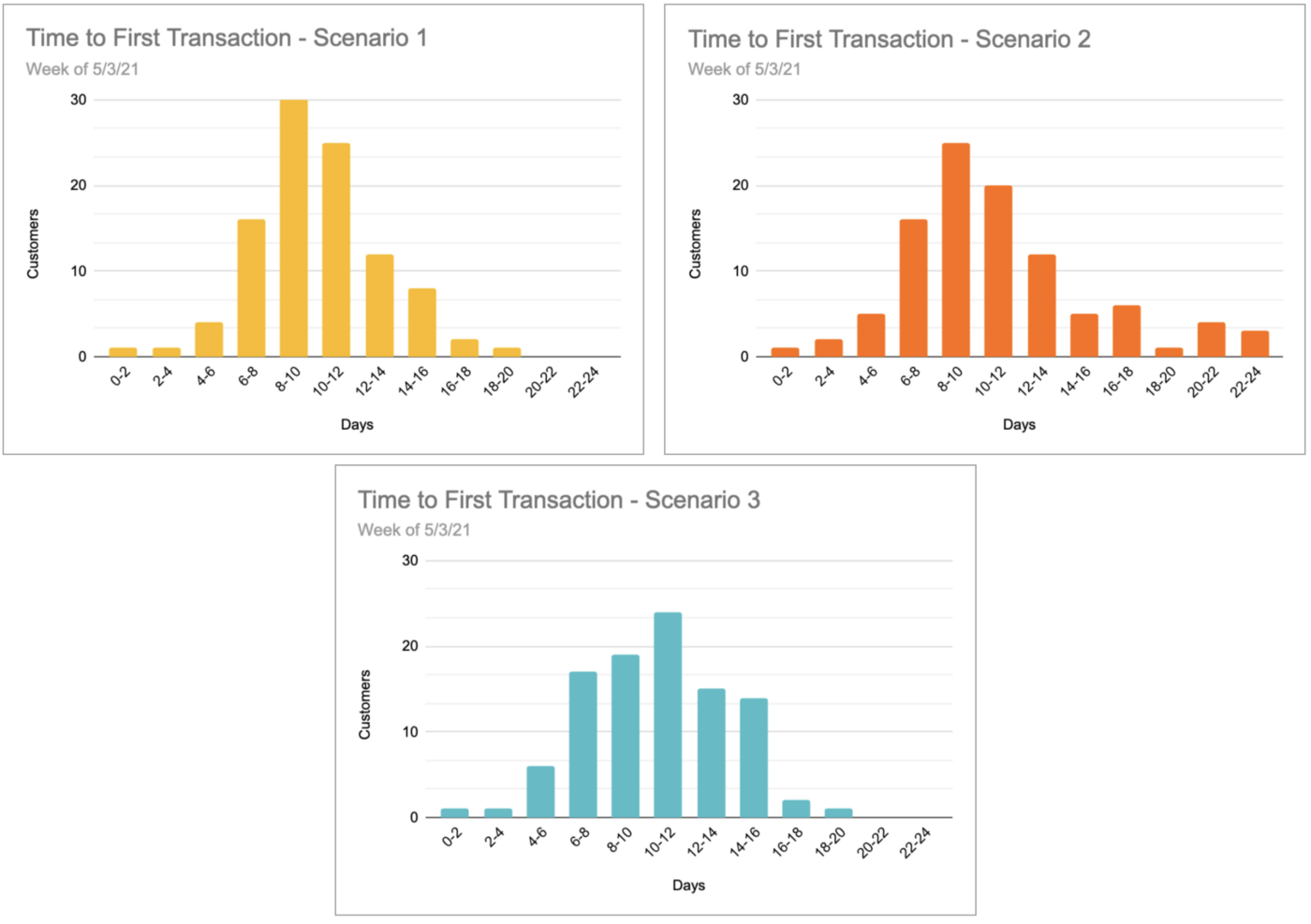 While these are just three examples, they illustrate the multitude of potential complications when a distributional metric doesn’t have the right resolution of visibility applied.

So what can we do about this?

Before we get too much into doom and gloom, know that you do have options when it comes to getting a better handle on your key distributional metrics! Here are some recommendations based on past experiences on managing these types of metrics:

Now, returning one last time to our time to transaction example, by following these steps, we would have improved our visibility into the bigger picture of the distribution:

At Falkon, we see distributions as some of the most important, and challenging, metrics for teams to harness, and our platform helps teams bring their distributions to life. Some of the most common average metrics we see which should instead be thought of as distributional metrics include: session duration, delivery time, time to first transaction, transaction value, deal size, time to support ticket resolution, cart size, and order flow duration, to name a few.

By following these steps, you can make significant inroads towards better incorporating distributions into your operational monitoring and decision-making. This enhanced visibility will empower your organization to move more quickly in addressing emerging problems and capitalizing on new opportunities.